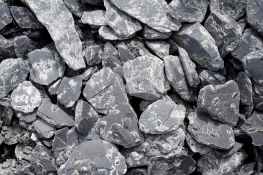 “Samson said to the servant who held his hand, ‘Put me where I can feel the pillars that support the temple, so that I may lean against them.’ Then Samson prayed to the LORD, ‘Sovereign LORD, remember me. Please, God, strengthen me just once more, and let me with one blow get revenge on the Philistines…’ ” (Judges 16:26,28, NIV).

I’ve always found the story of Samson interesting. Perhaps you, too, are fascinated by the fast-paced, plot-twisting and turning story of this Old Testament strongman.

Samson’s God-given task in life was to set into motion the deliverance of the Israelite people from the oppression of the Philistines. Samson is known for his long, flowing locks of hair, a mark of his physical strength and, more importantly, a reminder of the presence of the LORD in his life. Despite his great strength, however, Samson possessed some pretty serious character weaknesses that led to his eventual downfall.

Samson’s story was greatly influenced by Delilah, Samson’s lover and betrayer, who, at one point, was paid by the Philistines to discover the secret of Samson’s strength. Three times, upon her asking, Samson tricked Delilah by offering false information about how he might be subdued. Delilah bound Samson on three separate occasions, but Samson easily escaped each time.

It was at this point that a desperate Delilah played the love card. In Judges 16:15-16 we read, “Then she said to him, ‘How can you say, ‘I love you’, when you won’t confide in me? This is the third time you have made a fool out of me and haven’t told me the secret of your great strength.’ With such nagging she prodded him day after day until he was tired to death” (Judges 16:15-16, NIV).

Finally, Samson cracked and gave in. He told Delilah, “…No razor has ever been used on my head… because I have been a Nazirite set apart to God since birth. If my head were shaved, my strength would leave me, and I would become as weak as any other man” (Judges 16:17, NIV).

With his secret exposed, the Philistines captured Samson. Soon, Samson’s head had been shaved and his eyes had been gouged out by his captors, and Samson was weak, alone, and at the will of his enemies.