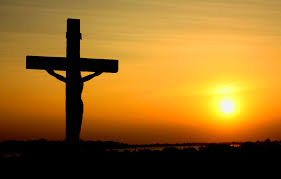 Over the next several weeks I’ll be writing about some of Jesus’ final statements as he hung on the cross, giving his life for our sins.

The first of Jesus’ statements that we will look at is this: “ ‘Father, forgive them for they do not know what they do’ ” (Luke 23:34, NIV). With this simple phrase, Jesus spoke life-filled words of compassion and mercy, healing and reconciliation. Even as his body hung, broken on a Roman cross, Jesus’ heart was intentionally and passionately focused on people.

Think, for a moment, of what Jesus was going through as he hung on the cross: the loneliness, the embarrassment, the temptation to quit. Each of these paled in comparison to the unbearable physical agony of suffering the brutality of the cross. If any of us were in Jesus’ position, I doubt that we would even be speaking to our father, let alone be praying to him on behalf of those who had so cruelly put us in this most desperate of situations. The weight of the world’s sin placed upon our shoulders would likely have torn us violently from the cross. But, in Jesus’ case, it was this enormous burden of transgression that held him there. Jesus had the courage and the compassion and the conviction to call upon his Father in Heaven to extend forgiveness. Jesus grasped the significance of the mission he was part of and was willing to obey his Father no matter what was asked of him. His thoughts were not on the extreme physical agony he was undoubtedly experiencing, but on the hurt in the hearts and souls of the people he was praying and dying for.

The suffering Jesus had every right to call down the wrath of God upon all of mankind, but he used his words instead to express unconditional love. Jesus could have summoned legions of angels to avenge him, yet he called upon his Father to forgive. Jesus could have easily stepped down from the cross and taught the folks there a lesson in justice and revenge, but he hung on the cross and taught them a lesson in grace. Jesus understood the importance of final words, of final lessons.